Myth & History 2018
Salvation is from the Jews

There is much polemical anti-Jewish language in the Gospels of Matthew and John. Yet within the last Gospel we read Jesus clearly saying ‘...salvation is from the Jews’. This striking statement is seldom encountered in the voluminous literature on Jewish and Christian dialogue. This may be down to a dispute about supersessionism, the view that the Christian church has succeeded the Israelites as the definitive people of God, or perhaps because it is not centrally concerned with salvation.

However, after almost two millennia of violence and mistrust, an opportunity for a new age dawned with the publication of Nostra Aetate at the Second Vatican Council (1965).

Nostra Aetate (‘In our time’), the opening words of the declaration, suggest an urgency in reaching out to those of other faiths – in particular to that most closely related to Christianity, Judaism. In Ireland, where mostly there is no Jewish population, there has been limited opportunity for such dialogue, but elsewhere it is commonplace, especially in Europe and the United States where contacts range from church and synagogue communities to scholarly collaboration. These dialogues look both at our common origins, seeking to deepen our understandings, and also at contemporary faith and practice in church and synagogue.

Advance in Jewish and Christian self-understanding through collaboration has been significant. Jews have become aware of the window into first-century Judaism from early Christian writings, and Christian scholars – especially since the discoveries of the Dead Sea Scrolls at Qumran in the late 1940s and elsewhere in the Judean desert – have examined more closely the texts and culture of first-century Judaism to understand more deeply the context of Christianity’s emergence.

Scholarly collaboration covers both the Old and New Testaments (in particular the Gospel of John and the writings of Paul). The Jewish Annotated New Testament* edited by two leading contemporary Jewish scholars, Amy Jill Levine and Marc Zvi Brettler, includes references to Jewish writings on every page and has a significant collection of essays by prominent Jewish scholars on New Testament themes illuminated by Jewish sources.

This series of lectures will explore key aspects of Judaism and present them in an accessible way.

*‘An admirable piece of scholarship...Much contemporary writing on Scripture is faddish or tendentious. This book is a disciplined work of clarification and illumination.’
Marilynne Robinson, Wall Street Journal

Sir, I perceive that you are a prophet. Our fathers worshipped on this mountain; and you say that in Jerusalem is the place where men ought to worship.

Woman, believe me, the hour is coming when neither on this mountain nor in Jerusalem will you worship the Father. You worship what you do not know; we worship what we know, for salvation is from the Jews. 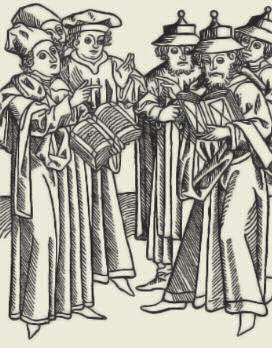 Throughout the Middle Ages Christian and Jewish scholars held public debates. This 16th century illustration from Germany shows a disputation between priests and rabbis wearing their Judenhut.

The impact of the Hebrew language on Christianity

This lecture will explore the Jewish world view both through the contribution of Jewish authors to literature and by examining the dynamics of the Hebrew language’s many significant differences from Western Romance languages. The indebtedness to Judaism for much of Christianity’s traditions and culture will also be considered.

Some of the most accessible and memorable elements of Jesus’s teachings are found in his parables. However, within them less evident elements – subversive and deeply challenging – can be seen on examination through the lens of Judaism and Midrash (Jewish interpretative commentary). We will look at The Good Samaritan in particular, seeing how by bringing Hosea 6 into conversation with two verses from Torah (Deut., 6.4 and Lev.,19.18), Luke makes it a key to unlocking this parable.

Francis is completing a PhD at Durham University on the use of Midrash in the New Testament, that brings together his interests in both the New Testament and Second Temple Judaism. He is an occasional lecturer in St Patrick’s College, Maynooth and The Priory Institute.

A Jew on the margins:
Paul of Tarsus the ‘founder’ of Christianity

Paul, an enigmatic Jew, has baffled great minds for two millennia. In Luke’s Acts of the Apostles we find a gripping and dynamic portrait that shows him holding faith with his Jewish heritage while following Jesus. Often called the ‘founder of Christianity’, Paul’s position in Jewish–Christian relations continues to inspire.

Luke, a Benedictine Monk of Glenstal Abbey, lectures in Sacred Scripture at St Patrick’s College Maynooth. His first career was in medicine, in which he specialised in General Practice. He studied theology in Paris, and subsequently specialised in scripture at the Pontifical Biblical Institute in Rome and Jerusalem.

Too little too late?
Christian guilt and the study of Judaism

Do recent paradigm shifts in the study of Christian origins towards a focus on an alleged Jewish ‘inheritance’ actually tell us anything about either Judaism or Christianity? Might these shifts instead be seen as an attempt to redirect attention from Christian complicity in the development of antisemitism? An attempt to assuage Christian guilt? Or another attempt to appropriate Judaism? This paper will attempt to analyse and problematise these developments.

Jonathan studied Near Eastern Languages, Islamic Studies, and Jewish Studies at UCD. He has lectured at the Department of Near Eastern Languages, St Patrick’s College, Maynooth and on Religious Studies at St Patrick’s College, Drumcondra; and occasionally at TCD. Currently he lectures in Jewish Studies and Islamic Studies in the School of Theology, Philosophy, and Music, DCU. His main research is in the textual and linguistic foundations of Judaism and Islam; religion and identity formation; and authority and boundaries in religions.

Theology is an exercise in exploration in the faith. It is always provisional and in constant need of revision as we strive for more adequate answers to the pressing questions that confront all of us. Questions that are personal and cosmic. 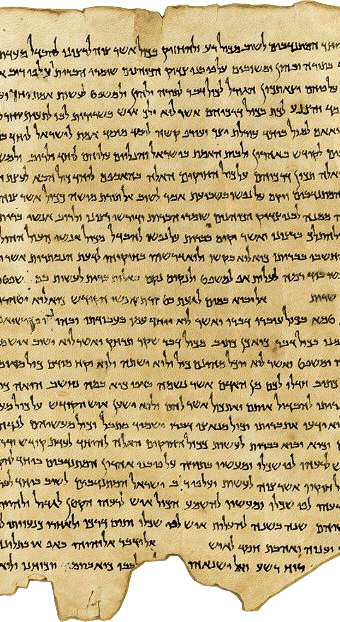 A fragment from The Dead Sea Scrolls found in caves near Khirbet Qumran, on the north western shores of the Dead Sea. About 2000 years old, most were written in Hebrew on parchment, with a smaller number in Aramaic or Greek.